All About CHS Flight School

In 2012, Michael McCurdy started a brand new flight school using a full-motion Redbird flight simulator. His theory was that too many flight simulators were used like airplanes when in fact, they had a much different role. The line of reasoning was:

Thus began what has ultimately become CHS Flight School. Our clients quickly learned that just a short time in the simulator made them much more proficient in the airplane, in much less time and at considerably less cost.

Unlike other flight schools that use a syllabus created over 50 years ago, we developed our own syllabus that incorporates the simulator into your training, guaranteeing that on your first flight, you will be the active pilot with occasional input from your instructor, instead of the other way around.

The response was phenomenal – we have easily become one of the most successful and largest flight schools in the state and are always improving.

We teach other flight schools how to use the simulator to its fullest potential, and we get people done- more often than anyone in the area. Real progress at less cost, we have proven that there is a better way to do flight training than the traditional “burn holes in the sky approach” – call us, send us an email, or come by and see how flight training in the 21st century is done. 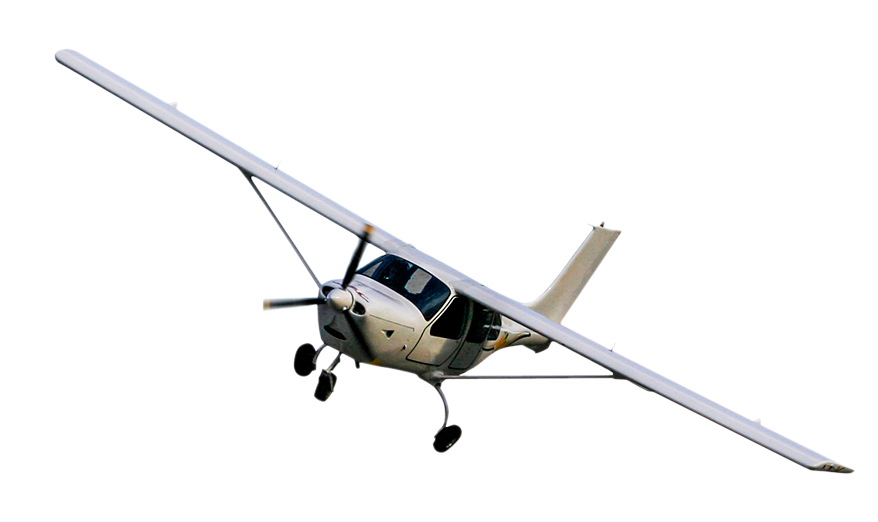 Stay Up To Date

Check out our bulletin board for progress, accolades and more!

I Bet the real question you’re asking is, “How much will it cost me to get a Private Pilot license?”

The quick answer is: it depends. It all comes down to how many hours you need to be prepared for your checkride, and there are many factors that come into play. These factors include:

Some people learn at a faster rate than others, though almost everyone will experience a learning plateau or two during their training.

New student pilots are nervous when they get into a small airplane for the first time, and that’s completely understandable. It can be a scary environment, which is not conducive to learning.
While the FAA minimum is 40 hours of instruction before you can qualify for your checkride, the fact is that most people take considerably longer than 40 hours—in fact, the national average is around 80 hours. In pilot training, time means money, and with the current costs of renting an airplane and hiring a Certified Flight Instructor (CFI), the total cost can increase rapidly.
At CHS Flight School, our students learn in our full-motion simulator before they get into an airplane, where they can practice what has already been taught. Our simulator is a safe and comfortable learning environment; it allows our students to build good habits and routines that can be transferred easily to the airplane.

With our Private Pilot Syllabus, students follow a structured path that divides time between the sim and the aircraft, allowing them to finish up in less time, and at less cost.

We Have Answers!
Check Our FAQs
×